In these experiments, Jewel Abbate is working to understand how centrifugal buoyancy, a force oriented normal to the axis of rotation that drives the separation of fluid parcels based on density, can lead to tornado-like vortices in rotating convection. Traditionally, when using these experiments to understand the turbulent fluid dynamics of planetary cores, centrifugation is disregarded because its effect is considered negligible relative to the overpowering force of gravitational buoyancy. However, this isn’t always the case for our spinning laboratory devices, where at certain tank sizes and rotation rates, centrifugation can alter flow dynamics within the tank, pushing cold, denser fluid outward and warm, less dense fluid inward. To investigate these effects, Susanne Horn performed numerically simulated versions of these experiments and discovered that in regimes dominated by centrifugal forces, conditions actually give rise to dynamically self-consistent tornado-like vortices (Horn and Aurnou, 2018).
To explore this effect in the lab, Jewel is running rotating convection experiments in silicone oil, a material better suited than water to achieve the state necessary for centrifugal dominance. We are interested in determining what fluid conditions form these tornado-like vortices, as well as characterizing the flow fields associated with them using ultrasonic Doppler velocimetry. To visualize the vortices (pictured below), we are using a shadowgraph technique, where a point light source shines through the tank to illuminate the structure by casting shadows created by the density variations in the fluid. 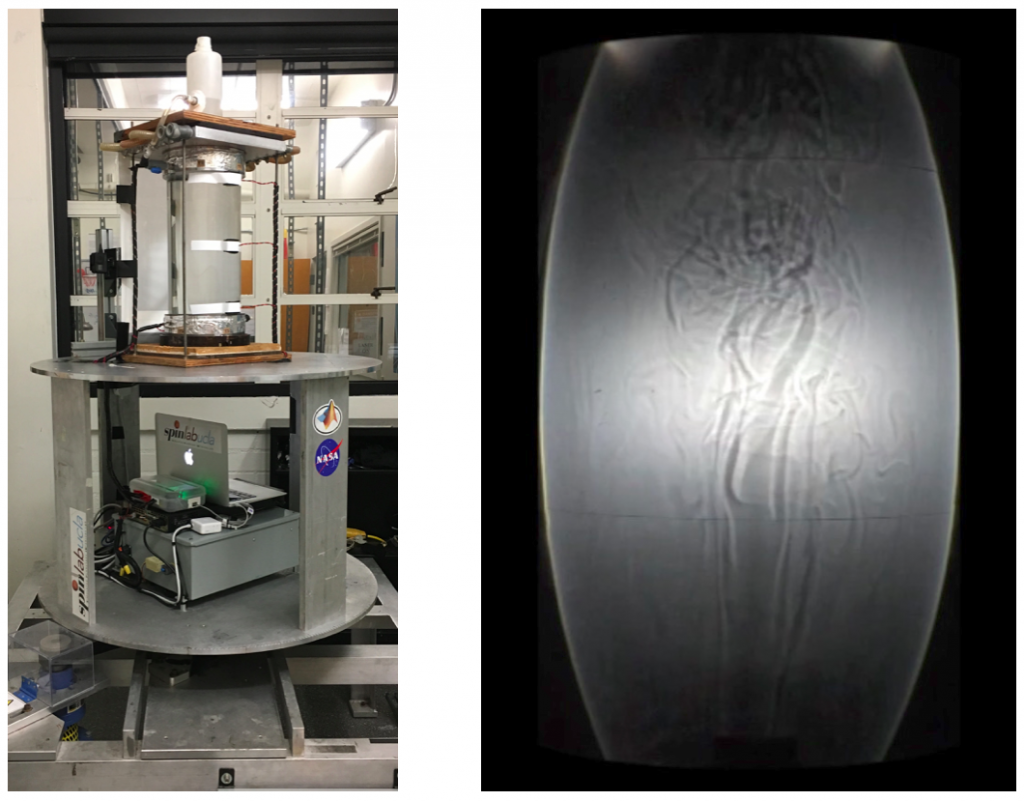