The study of non-rotating magnetoconvection (MC) has a wide range of geophysical and astrophysical applications (e.g sunspot and liquid core convection). Planetary core convection is influenced to leading order by rotation and magnetic forces. In the past decades, rotating convection has been studied in great detail, while MC has not been well investigated.
Our MC experiments are currently being conducted by Yufan Xu using UCLA’s Romag device (see image below). In these experiments we apply a vertical magnetic field to right cylindrical tanks filled with liquid gallium and measure the thermal field properties of the magnetoconvective flows. See our device section for details.
Future studies will also incorporate rotation for further relevance to the dynamo generating regions of planetary cores. 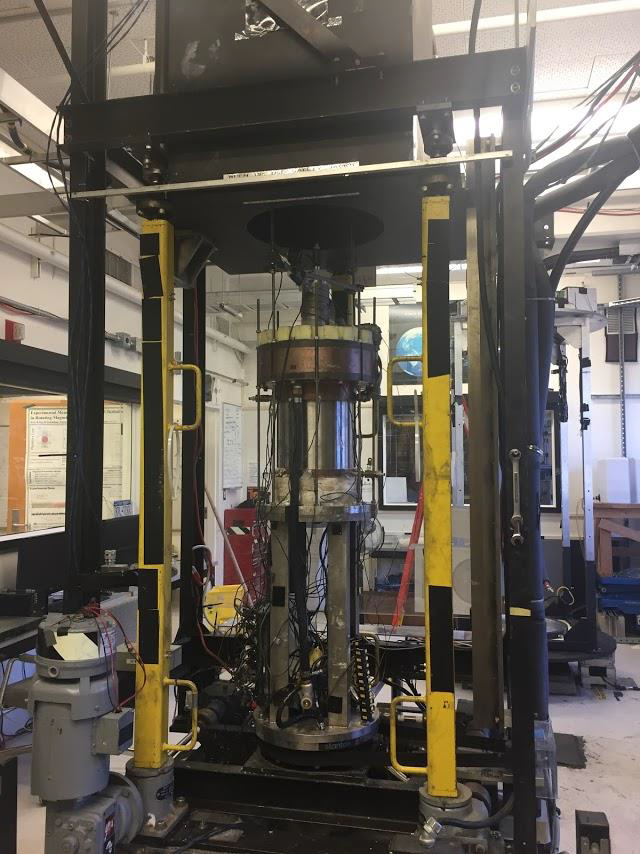 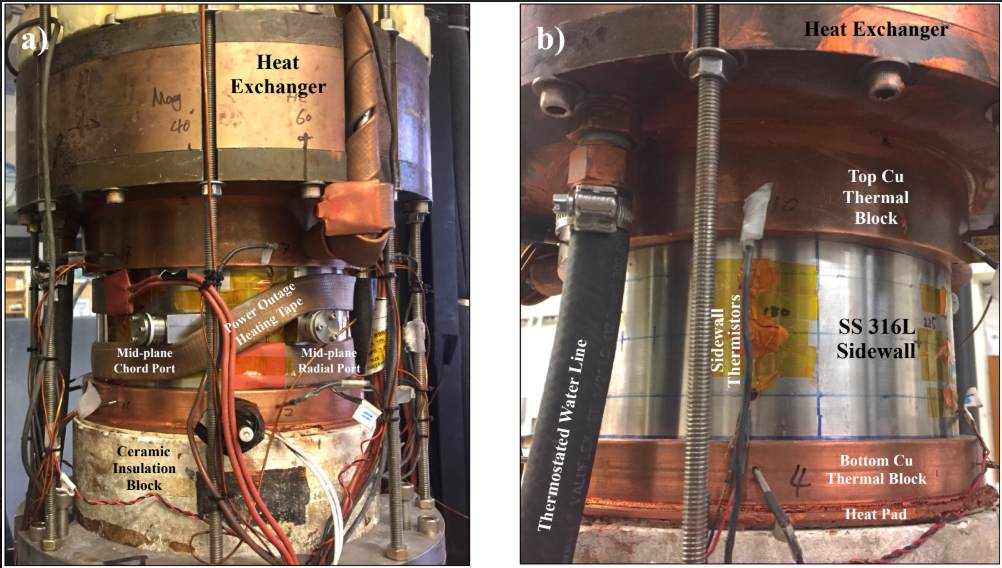